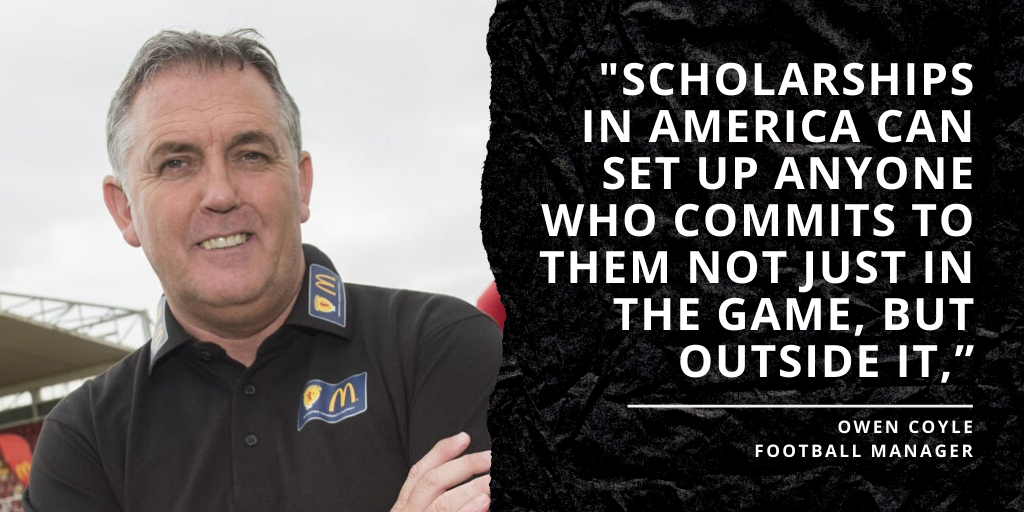 The opportunity to facilitate US footballing scholarships for young Scottish players released as a consequence of the coronavirus crisis that was announced by agency FirstPoint last week isn’t so much a no-brainer for Owen Coyle. It is an offer that has the potential to be both brain and horizon expanding, he believes.

Coyle has experience of coaching in the US through his two-year period at the helm of Houston Dynamos from 2014. And he knows that the scholarship set-up, with FirstPoint the biggest contributor of student sporting talent to the US market globally, can change lives.

“I know that players who are released at the age of 16 over here can feel they have nowhere to go, but scholarships in America can set up anyone who commits to them not just in the game, but outside it,” said Coyle. “America is a different culture and a new adventure but I know that it also has a familiarity with the language and food that makes it easy to settle.

“The college standard of the football is very good, but the college experience offers so much more because of the learning side of it. The education is fantastic, and players can be put on a different path through the knowledge they gain.

“Of course the football will be what attracts young Scottish players and if they achieve a really good standard that can open real doors for them, with all the big MLS teams scouting in the colleges when the draft comes along. It is something that I’d recommend to anyone who was considering giving it a go.”

Coyle added: “We are sometimes too reluctant to try something a little bit different but there are any number of youngsters who would tell you that the scholarship route was genuinely formative for them.”

Thank you to Andrew Smith and The Scotsman for the feature. Visit the article here.