Interview with Connor Campbell - From USA to Italy

Our Blogs > Interview with Connor Campbell - From USA to Italy

Connor Campbell is a shining example of what’s possible as an athlete-scholar – leaving Scotland, excelling in America and now living, studying and playing football in Italy.

FP: First of all, how are you, how is life right now where you are?

CC: I’m very well thank you! I’m currently living in Rome near the Vatican City. It’s been tough with the new rules and laws but we are almost done with the lockdown. So I’m remaining positive.

FP: Take us back to the start of your journey - when and how did you start playing football, who were your early influences?

CC: I started playing football at the age of 4. I asked my dad, should I play football or rugby? He said: “Football, it’s easier to understand!” So I was brought up in East Kilbride, played football at “Fives” which is a company that allows young players to play and develop their skills. At the age of 8 I was looking for clubs but didn’t get the chance to sign for any of them. Then one of the coaches from Edenvale saw me play and decided to sign me. My early influences were my dad and my grandpa – they always watched me play when I was young and supported me. I loved playing and performing in front of them!

FP: What were your ambitions at a young age? Did you always want to be a goalkeeper?

CC: It’s funny, I’ve always wanted to be a footballer. When I was 7 I was asked a question in class and that was the first thing that popped into my head. At first, I wasn’t sure what position I played at football. I’ve played everywhere, striker, midfielder and defender but I wasn’t exceptional as an outfield player, just ordinary. Very ordinary. Until, one game at Fives I played in goals and it just came to me naturally. One of the goalie coaches said, “you're really good” – I was really surprised. The best part was getting noticed and then I enjoyed every minute of it! My grandpa took me to see Rangers v Dundee United at Ibrox. It was my first professional game to watch from the stands at the age of just 6. The atmosphere was breathtaking. There was one player that inspired me to play in goals, Stephan Klos, a German goalkeeper, captain for Rangers. He was just incredible. Massive presence, sharp and strong! I couldn’t stop watching him.

FP: Talk us through the first moment the possibility of the US was raised and take us to the point you secured your scholarship?

CC: My friends mentioned US scholarships after we finished the goalkeeping training and back then I didn’t even know what a scholarship was? So I looked into it. My career advisor convinced me to do it because it’s really interesting! Gary Giffin is a really important part of my journey because he introduced to me to FirstPoint USA, how to apply, what to expect and how to prepare myself for the trial. I received an offer from North Country Community College with a scholarship, playing in NJCAA Division III. The head coach was Adam Di Vincenzo, he changed my life as an athlete and as a person! A great man.

FP: What kind of support did you enjoy through the process?

CC: Coach Vincenzo was great for us! He helped us with a lot of things, like moving into our dorms, taking us to Walmart, and giving us advice for school. The LAC (Learning assistant centre) is on the main campus and it was fantastic support! I’ve got dyslexia, did all my assignments there and my exams. Their support is the best! Marie Vickey was always my tutor for most subjects and she just guided me for two years at NCCC. I then transferred to SUNY Canton and met with Head Coach Tim Penrod. He recruited me after my two years was completed at NCCC. I played University level for my final two years in New York State.

FP: What were your first impressions on arrival?

CC: My first impression was being surprised by how big everything is in America, the food, cars, cities, the people, and how friendly they are to foreigners. It was a cultural shock for me.

FP: Sum up your NCCC and CU experiences both as an athlete and as a scholar?

CC: As an athlete, it felt like I was a professional footballer, both for NCCC and SUNY Canton. Everyone in the college knows who you are, which is great. As a student, the professors are the kindest people in the school. The work is mainly hands-on for our assignments.

FP: And the lifestyle where you were based, what was that like? Any comparisons with home at all?

CC: The lifestyle is different, with people with different cultures, backgrounds and beliefs. It’s very peaceful and quiet. The parties in college are incredible, it was like a nightclub! Yes at NCCC, the community college location is in Saranac lake - a place which reminded me of Scotland. SUNY Canton is further north and it was incredibly hot. The Americans are very civil.

FP: How did the SMI interest in Italy come about?

CC: It was initially through social media and email. My name came up with the awards that I achieved for my last year at SUNY Canton. I was surprised but ecstatic to receive such a great offer!

FP: What's happened since then and where are you now?

CC: I had to send video clips, two recommendations letters and a resume as an athlete and student. They reviewed my work to decide whether to take me on board or not. SMI almost took a week to respond so I was nervous. Then I was offered a scholarship with SMI and accepted. I am currently in Rome near the Vatican City. I’ve signed with Cesano FC, in Rome, and also train at SMI Academy.

FP: What's next for Connor Campbell?

CC: Right now, I’m a week away from my Master degree in Sports Management and Coaching. We’ve achieved “Coerver” coaching license and badges – and I’m also doing a UEFA C licence course. I’m still playing in Italy, just making a name for myself and enjoying life and football.

FP: What are your footballing ambitions for the future?

CC: Quite simply to get signed with a semi-professional or a professional team in Europe while also doing part-time coaching for younger kids or teenagers.

FP: Finally, your journey is an inspiring one, what would you say to young people and their parents who might be thinking about the option of a US sports scholarship?

CC: I’d say - go for it! I will tell you why. I didn’t do as well as I’d liked at school including with my grades. I wanted to change my life and America is the best decision I ever made. My passion is football. I was good at football so I had to turn it into a positive! If I can do it so can you. Keep practising with the ball and enjoy it.

Inspired by Connor? Find out more about athlete-scholar opportunities in the US via: https://www.firstpointusa.com/ 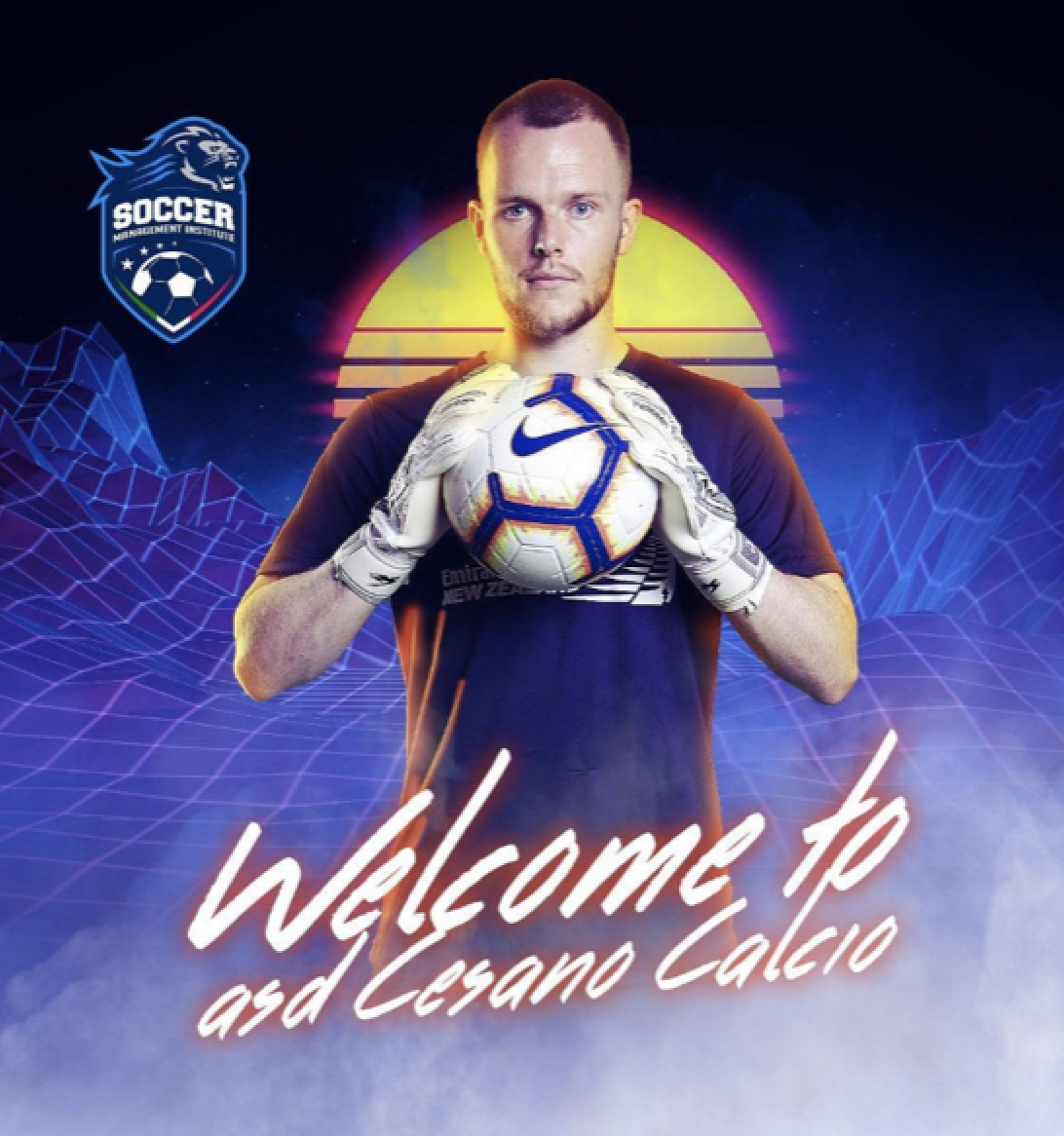