FirstPoint USA is delighted to announce the appointment of Chief Commercial Officer Ross Duncan as part of a recruitment phase to ramp up our international growth plans.

With more than 20 years of experience in sports marketing, Ross joins FirstPoint having built up his own golf marketing consultancy over the past 18 months, following a successful career with Scottish Golf where he held roles both as Marketing Director and Development Director. He had previously worked as Brand Manager for Sunderland Football Club and Sponsorship Activation Manager for whisky giants Whyte & Mackay.

In his role as Chief Commercial Officer, Ross will develop and implement all commercial and marketing strategies, drive revenue, market penetration and continue to build crucial partnerships, with responsibility for overseeing all domestic and international revenue channels.

Ross said: “Having developed a career within sport, I wanted to stay within the industry and for the opportunity to join a fast-growing, ambitious company with global aspirations, with the added benefit of supporting talented young sportsmen and women, was hugely appealing.

“I’d had previous dealings with FirstPoint USA who had been a sponsor of Scottish Golf during my time there, so had maintained a keen interest in the company’s development. Andrew has grown the brand significantly since then, and I am looking forward to playing a part in our continued growth as we explore new markets and opportunities. It is a dynamic team and one which I’m very excited to be a part of.” 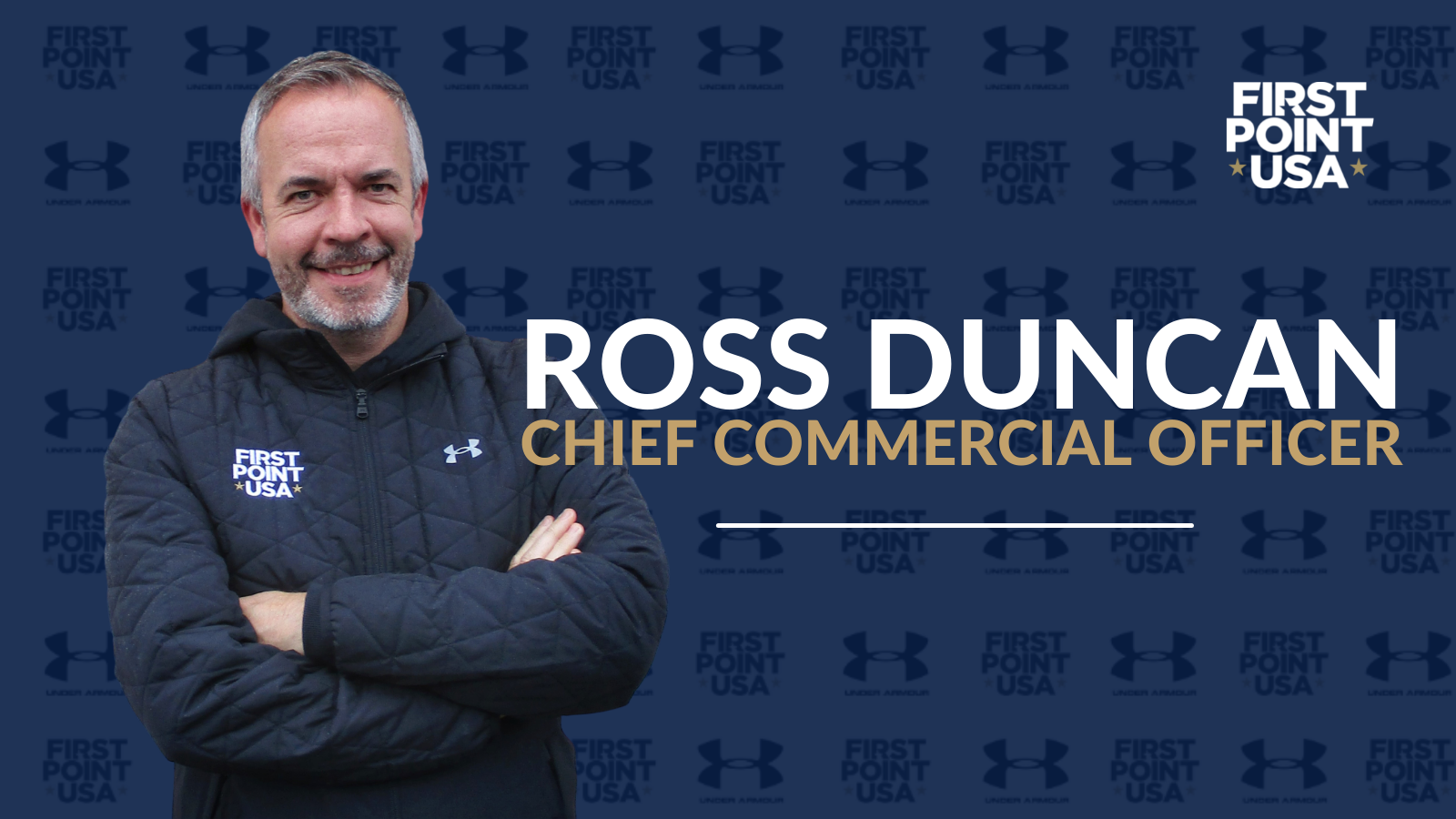 Founded in 2001, FirstPoint has for 20 years now, supported young-student athletes, initially from the UK but now across the world, in securing sought-after athletic scholarships with more than 2,500 US colleges, including former Masters champion Danny Willett and US-based Scottish golfer Russell Knox.

FirstPoint USA Founder & CEO Andrew Kean said: “I’m thrilled that Ross has joined the growing team to help us drive our next phase of growth, with a real emphasis on increasing our international reach through strategic partnerships and commercial opportunities.

“He brings a wealth of experience with his strong sporting background, most notably in golf and football, which will benefit not only the young people and families we support but our partners and staff too.”