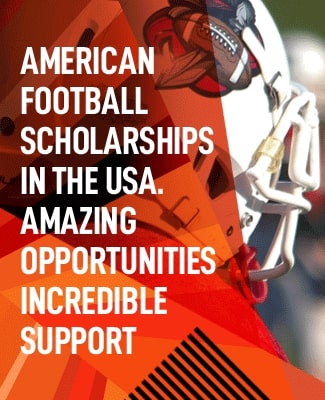 How Football Scholarships are Used by College Coaches

Each program has different rules for how they like to award football scholarships and how they evaluate players. The most important thing to understand is that every college football team has more players than scholarships. Coaches use scholarships to try and get the best players for the most important positions on the team. The rest of the roster is full of players who are known as walk-ons, meaning they are part of the team but not receiving an athletic scholarship. Because each division level is different, the breakdown is as follows.

This is the second level of college football, formally known as DI-AA. These programs have 63 scholarships per team and can divide their scholarships up and give partial scholarships. The level of football for FCS schools is still very high. Many times, athletes, who could have played at the FBS, chose to play at an FCS school because they could come in a play right away or the school was a better fit for them personally. While not all scholarships are full-rides, most of the time, coaches give full-ride scholarships to the most important players and positions on the team.

Football programs at this level have 36 scholarships per team. Not all of the scholarships at this level are full-rides and many times coaches divide them up in order to get as many high-quality players as possible. NCAA D2 football is still very competitive and increasingly we are seeing athletes from this level go on to careers in football after college.

No school at the NCAA DIII can offer an athletic scholarship. However, that doesn’t mean there aren’t other forms of financial aid available for athletes. Many times, schools have other combinations of financial aid that can often be a larger scholarship then an athletic scholarship you might have received at another division level. This division level can be a great option for athletes looking for a healthy balance of school and sports.

NAIA football programs can offer up to 24 scholarships per team. The coaches can divide the scholarships as partial scholarships in order to get more high-quality players on the team. Most high school athletes and families do not know about the NAIA division level. Here you can find a more relaxed recruiting process and opportunity to get recruited ahead of other players who simply aren’t looking at NAIA schools.

These schools are known as Junior or Community Colleges. These are two-year schools and are most well-known because many athletes who are not immediately academically eligible to go to a four year school will play two years at a JC first. There are 85 scholarships per team for a fully funded program. However, most programs are not fully funded and in California, there are no scholarships at all. Playing at this level is best for getting exposure and maturing as a player, not necessarily to get a scholarship right away.

If you do not meet the Minimum standards required by the NCAA/NAIA and also the school of your choice, then you won’t be recruited. Being a great high school football player is only part or the recruiting equation.