Waterpolo Scholarships in the USA.
Life-changing opportunities,
with the support of our team. 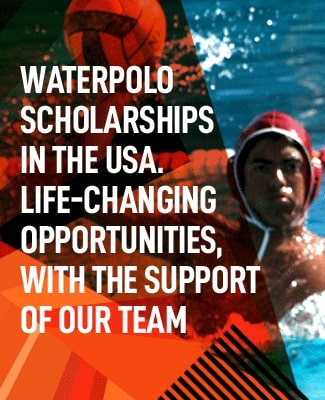 The NCAA, is the governing body for all collegiate sports, including water polo. There are other sports programs that are members of the NAIA, but water polo is not one of the represented programs.

The NCAA has hundreds of member institutions that offer both Men’s and Women’s water polo programs at the Division I and smaller Division II levels. There are 21 Division I and 9 Division II water polo teams. Most of the schools that participate in DI water polo are in California. Not surprisingly, these schools dominate the sport. Here are the colleges that are consistently the best in water polo: