Some are said to have been built on ancient burial sites; others were homes of unexplained deaths. It’s probably little wonder, then, that so many college campuses are supposedly haunted. Taking in everything from possessed paintings to mischief-making poltergeists, haunted college ghost legends are as varied as they are chilling. The question is, which schools can lay claim to being the spookiest?

Rev Edward Sorin, the founder of the University of Notre Dame, passed away on Halloween of 1893, but that hasn’t stopped him from always keeping an eye on his university. His spirit has reportedly been spotted wandering through the Main Building, South Dining Hall, and campus grounds. Many administrators reported the feeling of consistently being watched, despite knowing they are alone in the building.

Washington Hall has witnessed the most tragedy on campus. Originally built for the music and performing arts department as a music hall and theatre. Today, it is home to several spirits that make it the most haunted building on campus. On a cold night in 1920, the legendary Fighting Irish football player George “The Gipper” Gip returned to Notre Dame's campus late after curfew and found his dorm locked. He went to Washington Hall because he knew the rear door was often left unlocked. However, the door was locked and was forced to sleep outside on the front steps. By the morning, he had contracted pneumonia and eventually died from a strep throat infection due to lack of knowledge of antibiotics at that time. After his death, The Gipper’s ghost began to be spotted in the early predawn mornings sitting on the steps of Washington Hall. He has appeared throughout the theatre and green room. People often report the feeling of a light encouraging pat that has been attributed to The Gipper. It is thought that he returned to where he spent his last night on campus to watch over his Fighting Irish. 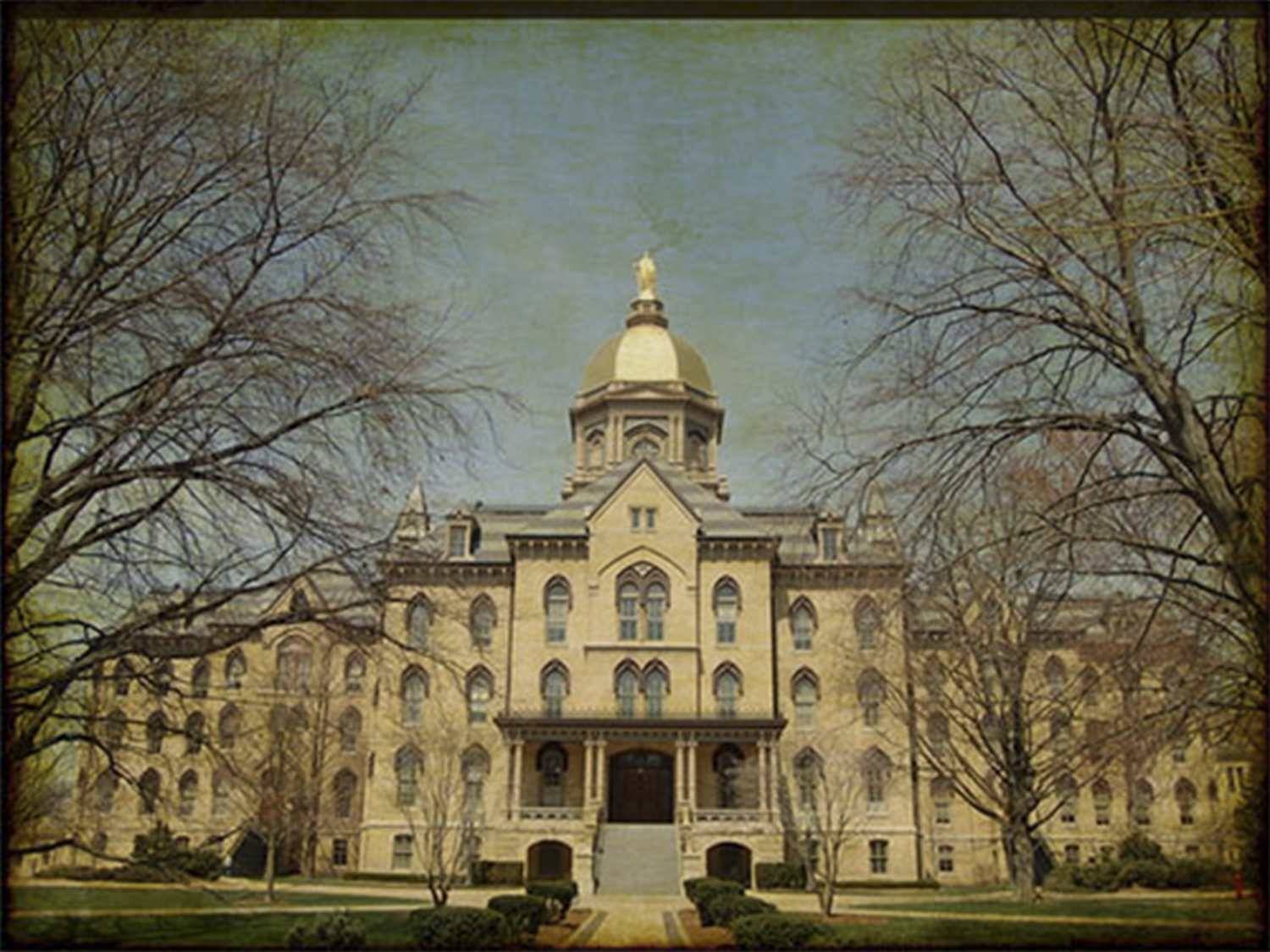 New York University’s Washington Square campus sits on the graves of approximately 20,000 people, with the land having hosted a cemetery until 1825. However, if the late 19th century rumours are to be believed. It isn’t one of the spirits of these dead that haunts the school’s university building, it’s rather the ghost of a student who died on campus – although this take might have been taken from the plot of an NYU Alumnus novel. The Brown Building’s traffic past has also made it the focus of supernatural stories; a devastating fire that raged there in 1911, where it was part of a garment factory that killed 146 workers. Students today have told of eerie noises and smoking odours in the building. 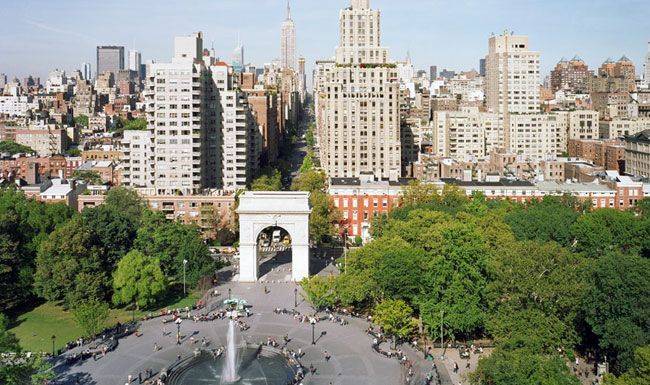 Erected in 1898, the University of Maryland’s Morrill Hall is among the most historic – and most haunted – structures on the College Parks school’s grounds. In 2002 the Maryland Spirits and Ghosts Association reported detecting multiple phantoms inside the building, while workers are believed to have discovered cadaverous remains beneath a sink during a 2003 renovation. Could the spectres of those dead be the reason why people here inexplicably trip over, or why eerie sounds are detected at night? Marie Mount Hall, meanwhile, is held to harbour the ghost of the university’s earliest home economics dean, after whom the building is named. Campus staff claim to have heard the spirit of Marie Mount playing the piano during night time storms. 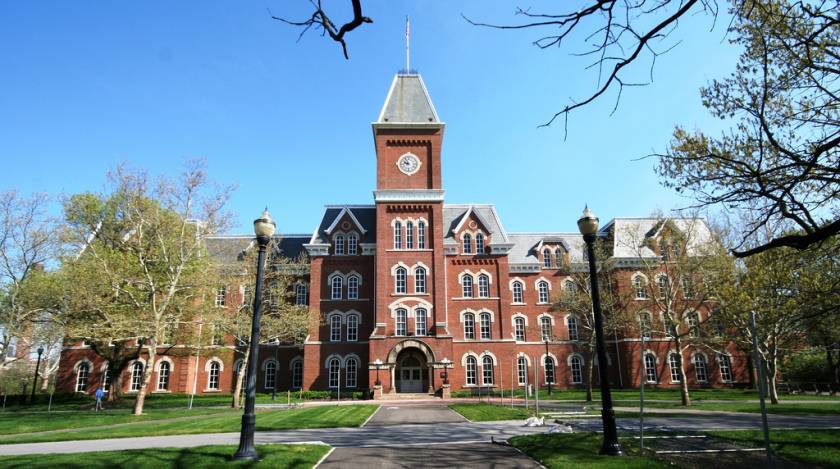 The Ohio University in Athens, Ohio is perhaps the most haunted campus in the world. The place was established in 1804 after the statehood. It was the first institution of superior studies located west of the Appalachian Mountains. The number of allegedly haunted places on the sire is quite impressive and they are added to the numerous legends regarding Athens County. Ohio University was one of the places presented in a FOX episode of the series Scariest Places on Earth. Wilson Hall is the most famous haunted place on the campus, the building is located in the middle of an immense pentagram consisting of five cemeteries situated in the region. The graveyards are scattered around the area and, when looked at on a map, they form a pentagram. A pentagram is the ancient occult symbol of power and magic. According to the pagan tradition, a pentagram might create safe areas free from any paranormal activity. The centre is extremely important and it’s no wonder that Wilson Hall resides in the middle of this cemetery pentagram. 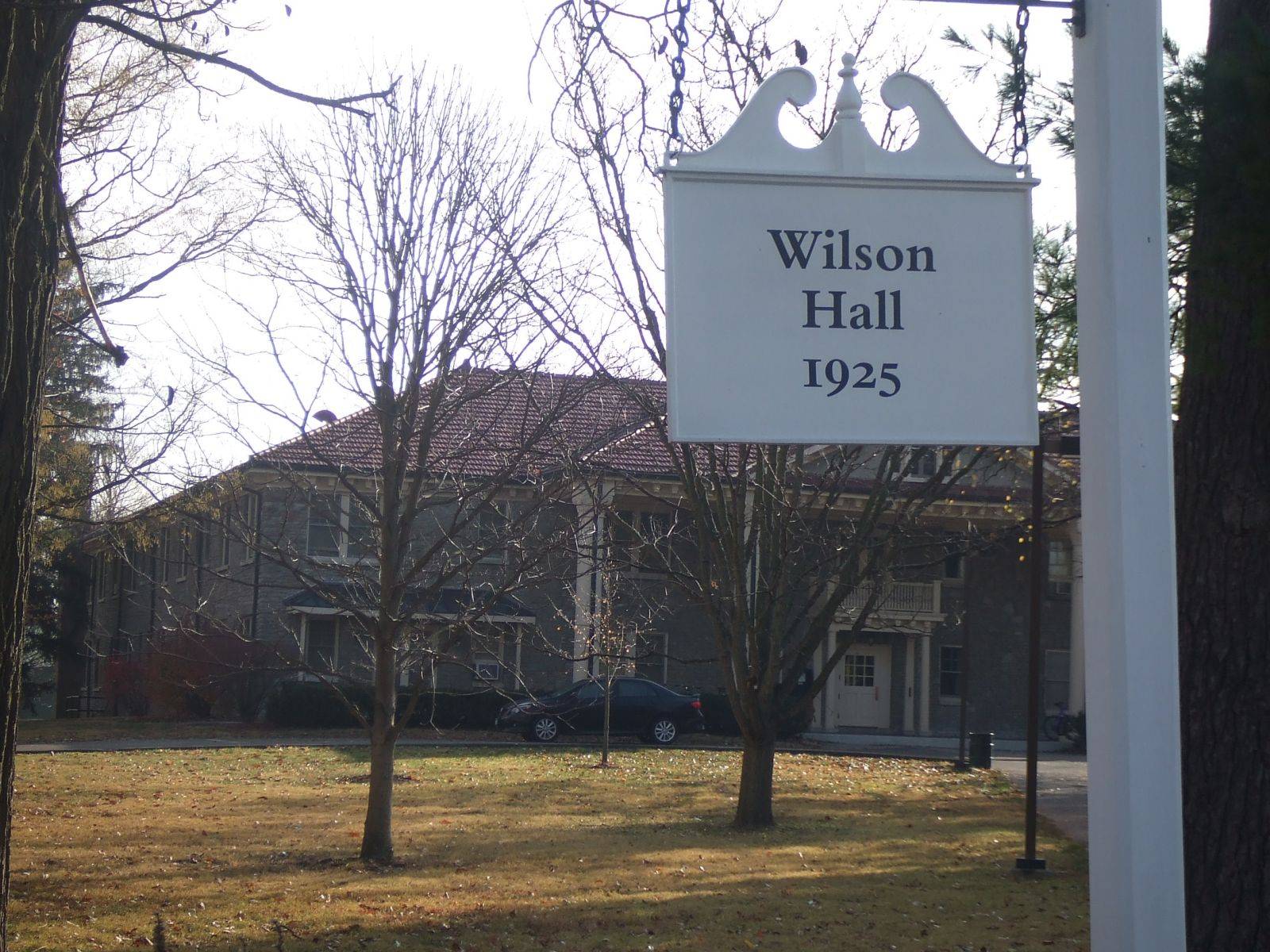 Wilson Hall is said to be the home of a ghost that died mysteriously in the 1970s. He died in room 428 and years after that students residing in that room have said to hear strange sounds and her footsteps as well as witnessing several objects moving on their own. Since these occurrences, the room has been closed off and was not given to any new students. This is perhaps the only university room in the world that is sealed and closed. The school officials have proclaimed the room uninhabitable. The story says that the female student died violently in that room after practising the occult. It is said that the girl made use of the room’s energy to practice a method where the human spirit travels on its own after separating from the body. The student was also rumoured to have repeatedly attempted to contact the dead.

An undergraduate senior secret student society at Yale University in New Haven, Connecticut. The oldest senior class society at the university, Skull and Bones has become a cultural institution known for its powerful alumni and various conspiracy theories. The society’s alumni organization the Russell Trust Association owns the organisations real estate and oversees the membership. The society is known informally as ‘Bones’, and members are known as ‘Bonesmen’. One of the many myths and allegations against the Skull and Bones is ‘The robbery of Elihu Yale’s Headstone’. The elite student society is alleged to possess the gravestone said to have been stolen from St Giles’s Church in Wrexham and to belong to one of the college’s founders. Journalist and Yale Alumna Alexandra Robbins, alleges that such a gravestone is among the most prized possessions in the societies Greco-Egyptian lodge, known to members as The Tomb. She said, “The gravestone of Elihu Yale, the eponymous 18th-century merchant, was stolen years ago from its proper setting in Wrexham, and is displayed in a glass case, in a room with purple walls.” 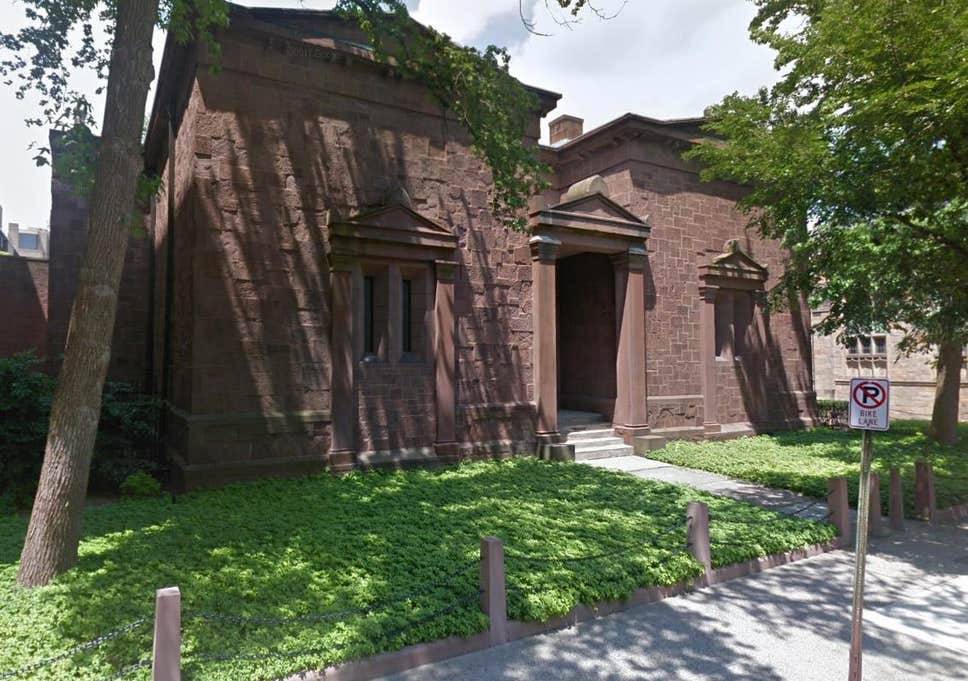 Until 1971, the organization published annual membership rosters, which were kept at Yale's library. In this list of notable Bonesmen, the number in parentheses represents the cohort year of Skull and Bones, as well as their graduation year.

There are no official rosters published after 1982 and membership for later years is speculative. Some news organizations refer to them as a power elite, however, known notable members of the Skull and Bones include: 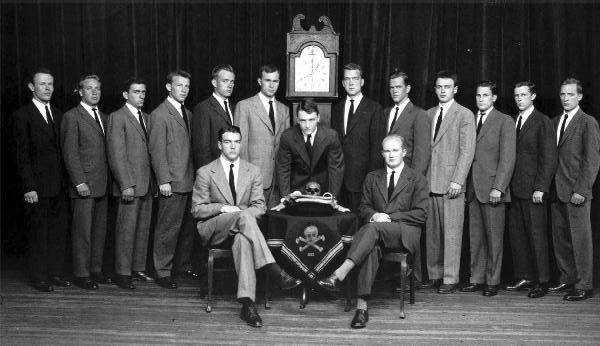 What do you think? Are these just tales as old as time or do you think there is some truth to the hauntings? From secret societies to schools built over cemeteries, it's clear to see that these American College Campuses are full of legends and tales.