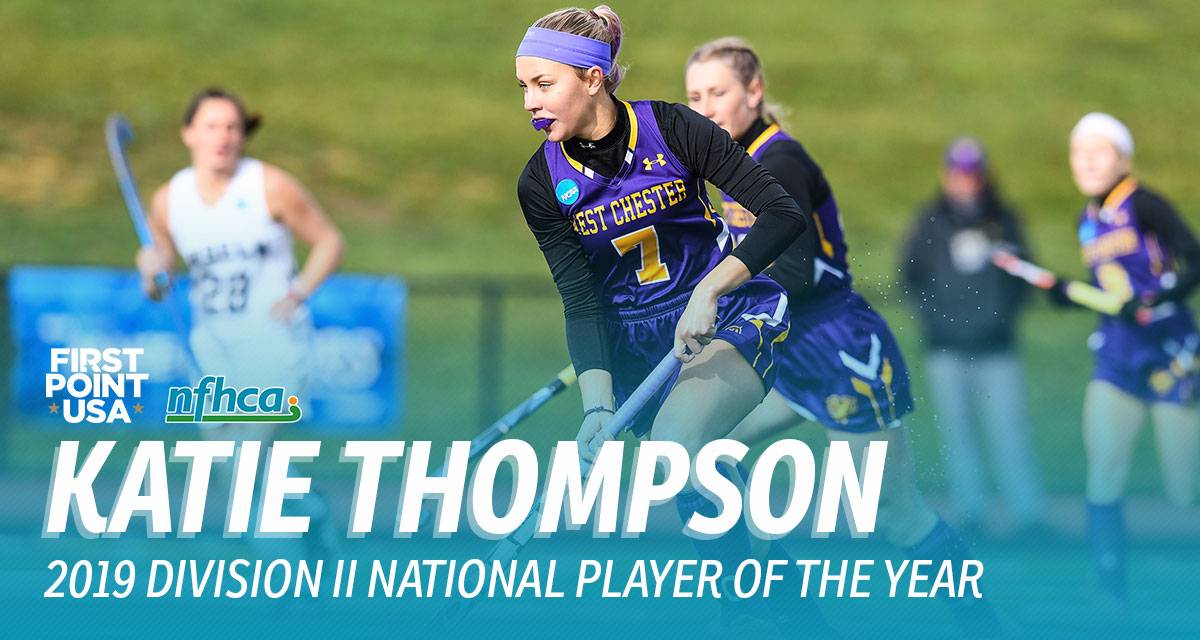 Thompson played an essential role all year for the 20-1 Golden Rams — in addition to scoring the game-winning goal in the NCAA National Championship game, she posted 22 goals, 61 points, and 17 assists this season. She led the nation in assists this year and was second in points and goals.

She finishes her career at West Chester with 131 points, 49 goals, and 33 assists — her offensive prowess makes her second all-time in career goals, career assists, career points, and season points at West Chester.