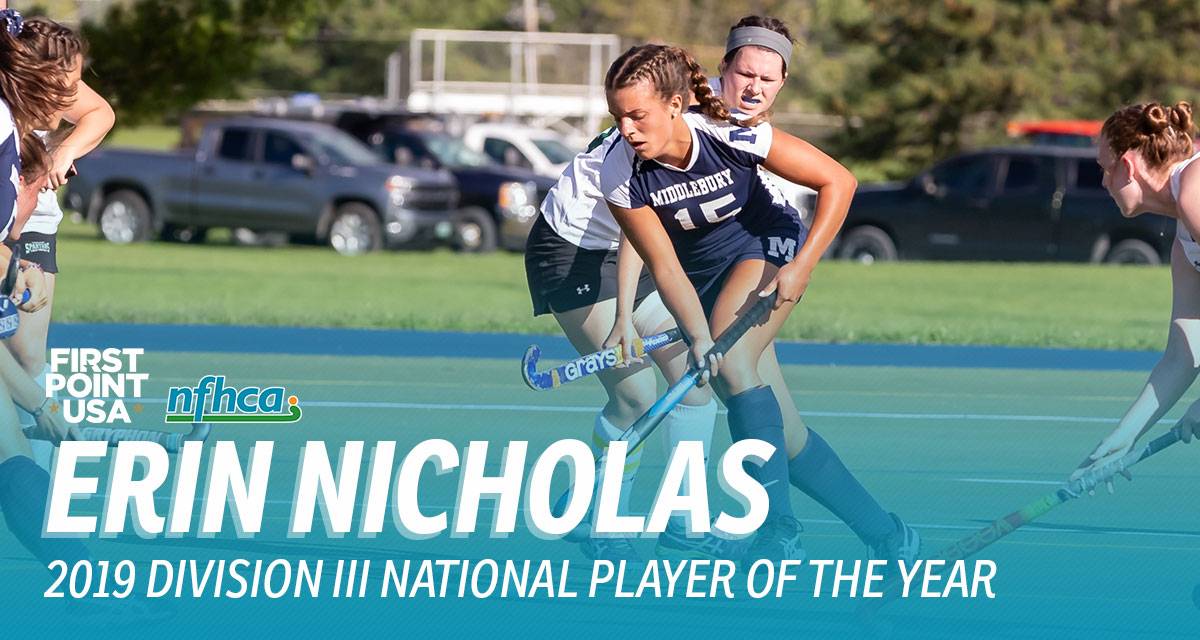 Nicholas has racked up the accolades this season — she was named to the Longstreth/NFHCA New England West Region First Team and the Longstreth/NFHCA Division III All-American First Team, in addition to being named the First Point USA/NFHCA New England West Regional Player of the Year. At the conclusion of the NCAA Division III National Championship Tournament, she was also recognized as the tournament's Most Outstanding Player.

Nicholas became the first New England Small College Athletic Conference (NESCAC) player to be named Rookie of the Year and then win back-to-back Player of the Year honors (2018 and 2019). She finished this season tied for the team-lead with 29 points, while ranking second with 11 goals and seven assists. All five of those statistics are among the top-five in the NESCAC. Nicholas led the league with six game-winning goals in 2019.