Generally, the easiest definition of E-Sports is competitive gaming at a professional level. It only includes video games, but pretty much any game with a winner and a loser can be played as an e-sport. Although, the bigger the player base and the more support it has, the better the competition.

This idea of competing has existed since video games themselves have existed. When PC gaming became popular this is where people began to play against strangers, people who could be in other countries even. This launched the era of international icons, teams and players that could claim to be the best in the world.

The majority of popular E-Sports are team-based games played in leagues or tournaments throughout the year, culminating in one final event. Some games are head-to-head, one-on-one format, fighting games such as Street Fighter V, for example, or Hearthstone, a card game where each player has a custom deck of cards that are played to defeat the opponent without any team alongside them. For professional esports players, this is their job, these people that travel and compete. They’re sponsored by companies, with endorsements that can support them financially between competitions. ESports teams are also owned like sports teams are, some with very notable owners including professional athletes Shaquille O’Neal and Alex Rodriguez, who own or co-own their own teams. 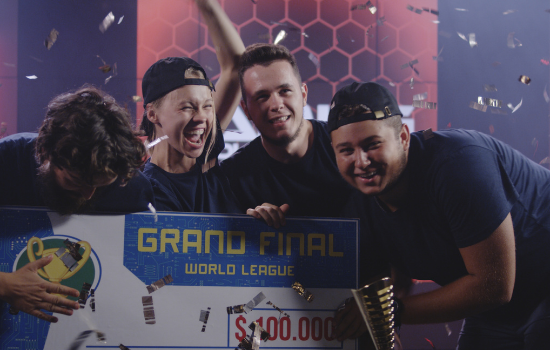 What kind of games can be an Esport?

The games themselves can come in a wide variety of formats, although there are two main variants: first-person shooters, 'MOBAs'. First-Person shooter is self-explanatory however often referred to as FPS, while MOBA stands for Multiplayer Online Battle Arena. (This is the first bit of jargon that is necessary for understanding E-Sports).

Generally, MOBAs are about two teams playing as heroes with unique abilities, strengths and weaknesses. The end goal is to kill the opponents to gain an advantage and destroy their base on the opposite side of the map. By killing opponents, they gain gold experience, which can be used to improve the character.

In a first-person shooter, the goal can differ. In some games, the goal is simply to kill the opposing team. In others, for example, 'Overwatch', it can be a 'King of the Hill' mode, where teams fight over a location, the first team to control it for a set amount of time wins.

Other ESports games can be card games, sports games (the FIFA series is growing in popularity as an ESport, with major football clubs having their own FIFA players), strategy games, and fighting games. Sports games are generally the simplest, as they are based on real-world sports.

What are ESports players competing for?

The players themselves are usually competing for cash prizes and glory. International competitions can come with huge prizes as well as sponsorship deals for those involved. Examples of this include the teen 'Fortnite' champion who won $3 million at the Fortnite World Cup Solo Final at Arthur Ashe Stadium in New York in 2019.

Are ESports THAT popular?

The NFL is one of the most popular traditional sports in North America. Technology consulting form 'Active' estimates that more than 250 million people watch ESports, with a projection that in the U.S ESports will have more viewers than every professional Sports League bar NFL by 2021.

'Active' project that there will be 84 million viewers of ESpors, higher than 79 million MLB viewers or the 63 million NBA viewers. 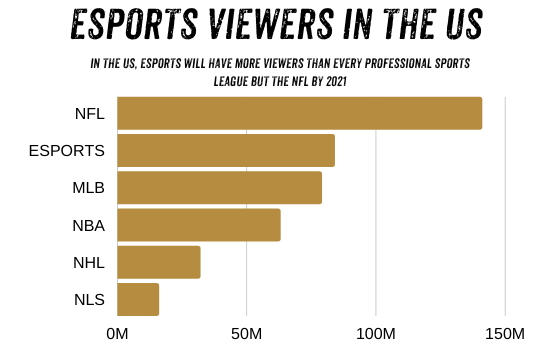 It is becoming more and more common for universities to treat these competitors as other athletes are, meaning there are significant scholarships for these athletes to attend a given university.

ESports have entered the Collegiate Sports arena, where students can land ESports Scholarships and get paid to play...

Collegiate ESports have developed partnerships with game developers and sponsors to provide their students with practice space, equipment, jerseys and access to coaches, team psychologists and analysts.

Playing videogames to get into college was not a thing ten years ago, it used to be that many thought video games were just a casual thing to do with friends. However, nowadays its' something players can compete for and something that they can get scholarship money for,

In 2018 US Colleges offered 16 million dollars in ESports scholarships- that's just a fraction of the nearly 4 billion offered in Athletic Scholarships. However, it is more than three times the amount offered to ESports competitors in 2015.

Want to find out more about what FirstPoint USA offers ESports Players?