As storm 'Ciara' hits the UK, we thought we would take a look at some of the most 'weather-friendly' U.S Colleges & Universities!

For many students, year-round sunshine and campuses on looking the ocean are simply the norm, with many scholar-athletes even being able to train on the beach!

Do you want an Endless Summer? Take a look at our Top 5 'Sunshine Schools': 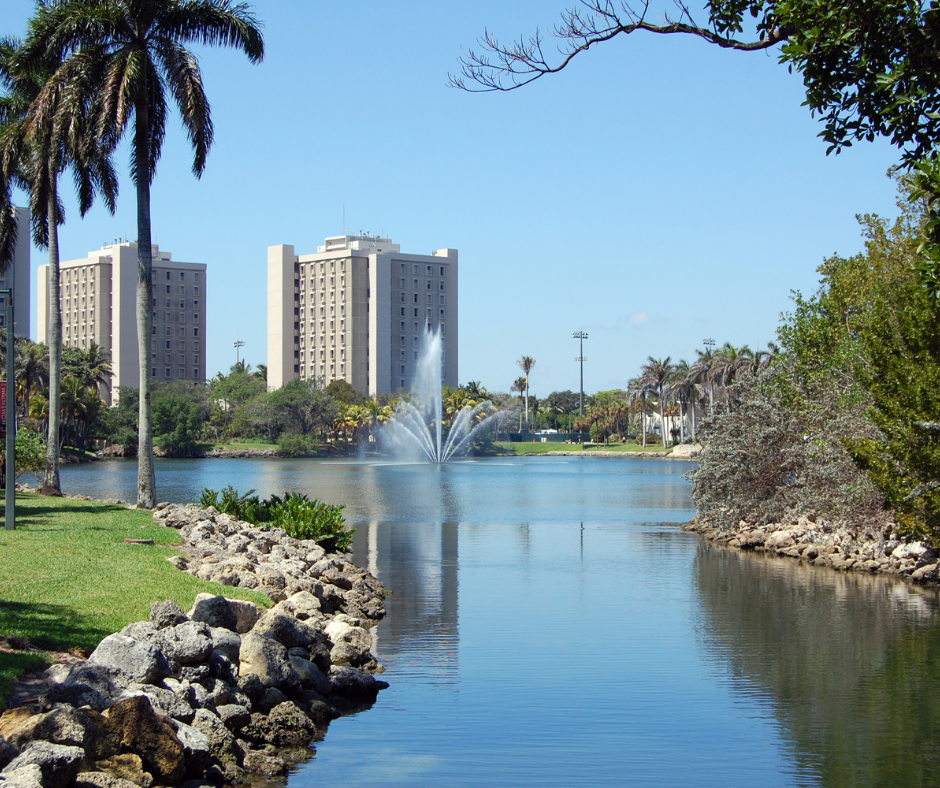 When it comes to nice weather, it is hard to beat the climate in the greater Miami area. Temperatures during the coldest month of the year averaging around 59 degrees, and the average during the hottest month of the year being 90 degrees. Students can relax at the Student Center Complex, which has an outdoor pool, retail stores and the Rathskellerm -  a live entertainment venue and restaurant that features an outdoor bar overlooking Lake Osceola...is this a University Campus or a holiday resort?

Southern California has some of the best weather in the nation, and San Diego is no exception. During January lows, it averages around 48 degrees, while in July, highs average 75 degrees. This urban setting might be best suited for students who like the fast-paced city life as SDSUS campus is within a 15-minute drive of downtown San Diego, the Pacific Oceans and the mountains.

Students of this university can boast about having their own lagoon and beach on campus! Situated on cliffs overlooking the Pacific Ocean and surrounded by water on three sides, UCSB features miles of bike and walking tracks, as well as an extensive coastline. Summers are typically cool, with an average high of 76 degrees during the hottest month, and temperatures during January, the coldest month of the year average almost 43 degrees.

The University of California's Los Angeles is a world-class institution and destination for entertainment, cultural exploration and athletic feats. The University sits on 419 acres at the base of the Santa Monica mountains, 5 miles from the Pacific Ocean, with mountains, beaches, lakes and deserts are all within a short drive!

Mention the name "Malibu" and many people instantly have visions of miles of sandy beaches, surfers and scenic canyons. The image is justified! This campus has been home to numerous television shows and movies, with temperatures ranging from an average low of approximately 50 degrees in the winter to an average high of 70 degrees during July.

Have we forgotten about any? Let us know on our social media platforms;